The International Criminal Police Organisation (Interpol) has warned member countries that cyber criminals were attempting to target major hospitals and other institutions on the front lines of the fight against COVID-19 with ransomware. 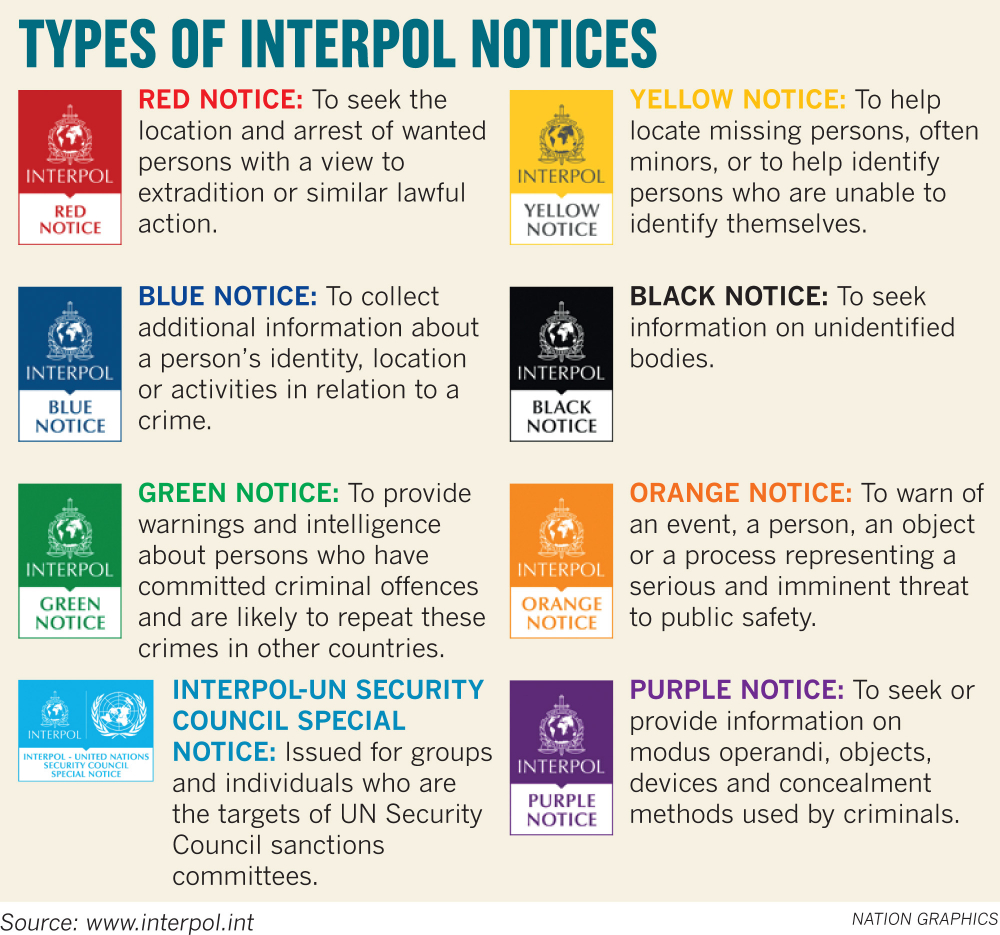 Recently ‘Maharatna’ status has been granted by the Government to state-owned Hindustan Petroleum Corporation Limited and Power Grid Corporation of India Limited. Focus on Criteria for Prelims , delegation of powers is optional read.  The eligibility criteria laid down by the Government for grant of Maharatna, Navratna and Miniratna status to Central Public Sector Enterprises (CPSEs) are following:

Criteria for grant of Maharatna status :-

The CPSEs fulfilling the following criteria are eligible to be considered for grant of Maharatna status.

Delegation of powers to Maharatna CPSEs

The Boards of Maharatna CPSEs have been delegated the following powers:

Criteria for grant of Navratna status :-

The Miniratna Category – I and Schedule ‘A’ CPSEs, which have obtained ‘excellent’ or ‘very good’ rating under the Memorandum of Understanding system in three of the last five years, and have composite score of 60 or above in the six selected performance parameters, namely,

The powers presently delegated to the Boards of Navratna PSUs are as under:

Criteria for grant of Miniratna status :-

The Miniratnas (I and II)

These CPSEs have enhanced delegated powers provided they meet the following eligibility conditions and criteria:

The delegation of decision making authority available at present to the Boards of these Miniratna CPSEs is as follows:

Source: Department of Public Enterprises (as on March, 2018) https://pib.gov.in/newsite/mbErel.aspx?relid=107091

In news: Thanks to concerted efforts by the Tiger Conservation Foundation (TCF), the number of tigers in the Nagarjunasagar Srisailam Tiger Reserve (NSTR) in Andhra Pradesh has gone up, reversing the steady decline in the number of the endangered species over a period.

The TCF has decided to hike the Environment Maintenance Charge (EMC) and use the funds for anti-poaching activities, which included development of an intelligence network and reforestation of the degraded patches in the Nallamala forests.’ Tiger conservation gets a boost in A.P.

The State Government shall establish a Tiger Conservation Foundation for tiger reserves within the State in order to facilitate and support their management for conservation of tiger and biodiversity and, to take initiatives in eco-development by involvement of people in such development process.

The Tiger Conservation Foundation shall, inter alia have the following objective:—

The government  unveiled a plan to merge 10 public sector banks (PSBs) into four, reducing the number of state-owned banks from 18 to 12.

Earlier Measures :
The seven-pronged strategy for the revival of public sector banks (PSBs), termed ‘Indradhanush’, has the potential to transform the banking sector.  Its seven elements include
Value Addition :

The PCA framework deems banks as risky if they slip below certain norms on three parameters — It has three risk threshold levels (1 being the lowest and 3 the highest) based on where a bank stands on these ratios.

Status of Policing in India Report 2019 by Common Cause and Centre for the Study Developing Societies, highlights the dismal work conditions in which the police operate in the country.

Lack of Training and Sensitization :

The Central Board of the Reserve Bank of India (RBI) decided to transfer a sum of ₹1,76,051 ($24.4 billion)  crore to the Government of India (Government) comprising of ₹1,23,414 crore of surplus for the year 2018-19 and ₹52,637 crore of excess provisions identified as per the revised Economic Capital Framework (ECF).

Parivarthan is always and Forever free. We how ever with the help and guidance of In-service officers are launching a Current affairs oriented Prelims test series.

Why Government wanted it :
Why Central Banks(RBI) has to Maintain it :
The potential risks

How does the RBI generate surplus?

What are these reserves, how will this amount help the Central government and does this move harm the RBI?

The Reserve Bank of India (RBI) has decided to transfer ₹1.76 lakh crore to the Central government from its own reserves. What are these reserves, how will this amount help the government and does this move harm the RBI?

Where do the reserves come from?

To understand what the transfer is, we must first understand where the funds come from. The central bank has three different funds that together comprise its reserves. These are the

CGRA fund, which in essence is made up of the gains on the revaluation of foreign exchange and gold, stood at ₹6.91 lakh crore as of financial year 2017-18. The CGRA has grown quite significantly since 2010, at a compounded annual growth rate of 25%.

How much should the RBI keep?

This has been a contentious issue. The RBI and the Finance Ministry have been at loggerheads over how much should be transferred to the Centre for a while. The most recent boiling over of tensions between the two was when the then RBI Deputy Governor, Viral Acharya, spoke up about the dangers of governments infringing upon central bank autonomy. One of the ways this was happening, he said, was in the government raiding the RBI’s coffers. The government countered that the RBI had reserves far in excess of what the global norms were and, so, should transfer the excess. Finally, the government in November 2018 set up a committee under former RBI Governor Bimal Jalan to look into the issue. That committee submitted its report, and the recent transfers have been made on the basis of its recommendations.

What did the Jalan Committee recommend? 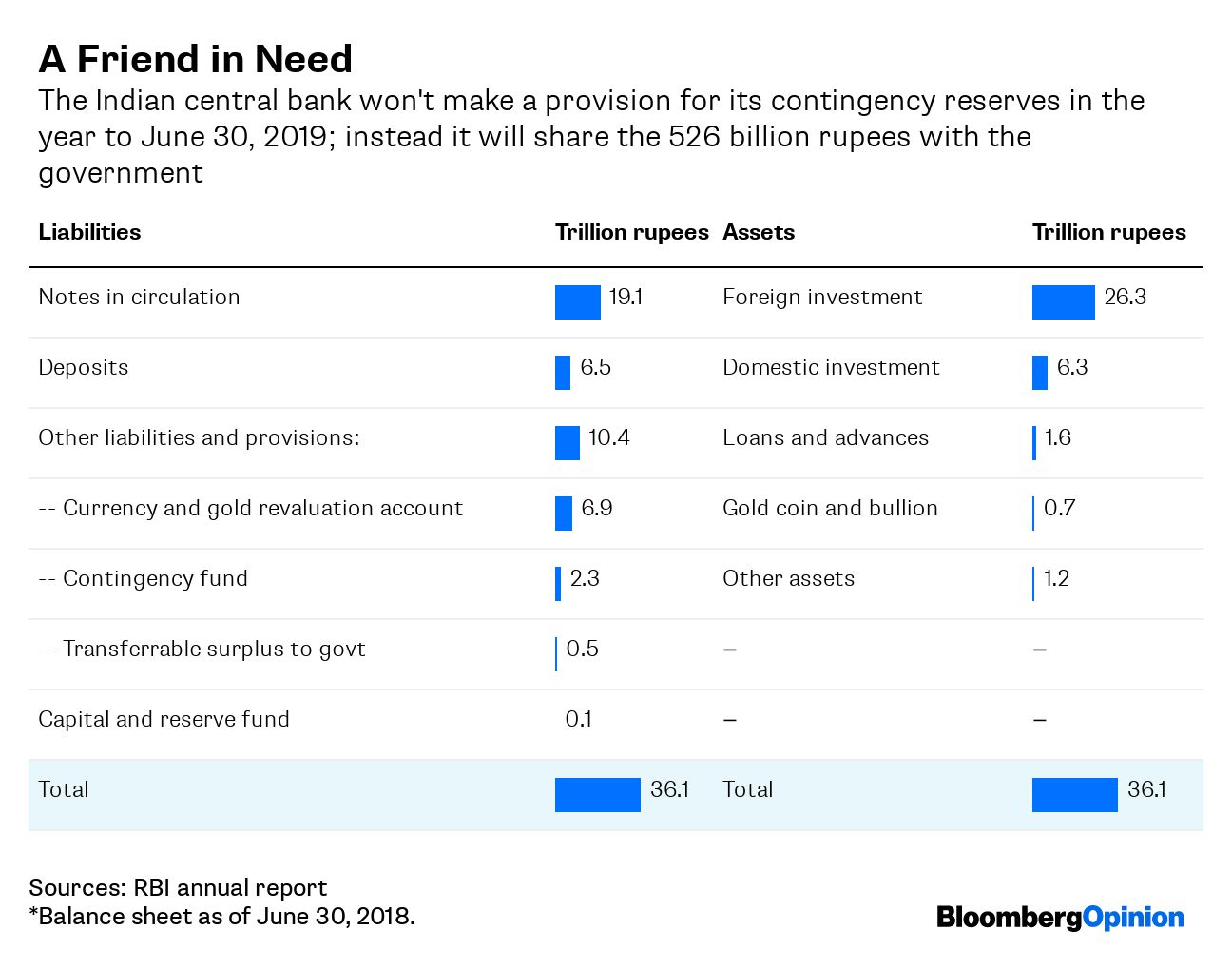 Legal side of Transfer :

Does this harm the RBI?

How Will Government Benefit ?

The bottom line however remains unchanged. India’s economy has weakened in the last few years. To reverse this trend and bring ‘animal spirits’ back, government needs to unleash a new round of reforms which encompass factors of production such as land, labour and capital.

This Article will be updated on a regular basis.

Iceland has marked its first-ever loss of a glacier to climate change as scientists warn that hundreds of other ice sheets on the subarctic island risk the same fate.

For Indian companies, there is a provision of creating differential shares for diluting stake. These are called differential voting right shares or DVRs; similar to dual class shares, voting rights on DVRs are different from those of the regular shares issued by the company.

Significance : The new-age firms, continuously require to grow only through equity, which dilutes the founder’s stake, thereby diluting control. In such cases, retaining the founder’s interest and control in the business is of great value to all shareholders.

The need for dual-class shares in India

The committee has also recommended reviewing the consumption basket every five years, subject to the availability of NSSO-CES data, and – within the period of 5 years – revising and updating the basic minimum wage at least in line with the consumer price index (CPI) every six months, to reflect changes in the cost of living.

Under the Minimum Wages Act, 1948, both Central and State government have dominion over fixing the wages. The State governments fix their own scheduled employments and further release the rates of Minimum Wage along with the VDA (Variable Dearness Allowance). Wage boards are set up to review and fix minimum wages at specified intervals. The wage rates in scheduled employments differ across states, sectors, skills, regions and occupations owing to a lot of differentiating factors. Hence, there is no single uniform minimum wage rate across the country and the revision cycle differs for each state.

The Tripartite Committee on Fair Wages, appointed in 1948, defined three different levels of wages: a living wage, a fair wage, and a minimum wage.

The Standing Committee on Labour (Chairperson: Dr. Kirit Somaiya) submitted its report on the Code on Wages, 2017. The Code seeks to regulate wage and bonus payments in all employments where any trade, business, or manufacture is carried on.  It replace four existing laws related to wages:

Key observations and recommendations made by the Committee include:

Field Marshal,Marshal of the Indian Air Force,Admiral of the Fleet

How does it work?

How are tokens generated?

The Centre has launched National Clean Air Programme (NCAP) to reduce particulate matter (PM) pollution by 20-30% in at least 102 cities by 2024.

“I will give you a talisman. Whenever you are in doubt, or when the self  becomes too much with you, apply the following test. Recall the face of  the poorest and the weakest man [woman] whom you may have seen, and ask yourself, if  the step you contemplate is going to be of  any use to him [her]. Will he [she] gain anything by it? Will it restore him [her] to a control over his [her] own life and destiny? In other words, will it lead to swaraj [freedom] for the hungry and spiritually starving millions? Then you will find your doubts and your self  melt away.” – Mahatma Gandhi

“Wiping every tear from every eye” based on the principles of  universality, unconditionality, and agency—the hallmarks of  a Universal Basic Income (UBI)—is a conceptually appealing idea. A number of  implementation challenges lie ahead, especially the risk that UBI would become an add-on to, rather than a replacement of, current anti-poverty and social programs, which would make it fiscally unaffordable.

Despite  making  remarkable  progress in  bringing  down  poverty  from  about  70 percent at independence to about 22 percent in  2011-12  (Tendulkar  Committee),  it  can safely be said that “wiping every tear from every eye” is about a lot more than being able to imbibe a few calories.  Gandhi ji intuited that  it  is  also  about  dignity,  invulnerability, self-control  and  freedom,  and  mental  and psychological  unburdening.  From  that perspective,  Nehru’s  exhortation  that  “so long as there are tears and suffering, so long our work will not be over” is very much true nearly 70 years after independence.

(by providing support in the form of cash transfers  to  respect,  not  dictate,  recipients’ choices).

The time has come to think of UBI for a number of reasons:

The conceptual case against UBI

From an economic point of view there are  three  principal  and  related  objections to  a universal  basic  income.

What  would  a  UBI  potentialy  cost?

Issues to set up :