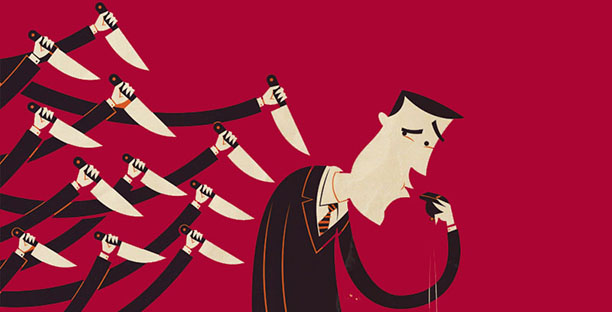 Whistle-blowers continue to be murdered even as a law for their protection awaits notification.The death of a 36-year-old Indian Administrative Service officer in Bengaluru and the suspicion that his death was not self-inflicted, has yet again sparked off a debate on the fate of whistle-blowers, Right to Information (RTI) activists, public servants who take on vested interests and witnesses to major crimes in India.

On 11 March, the Supreme Court upheld the life imprisonment awarded to six men for murdering an Indian Oil executive S Manjunath in 2005 because he had obstructed the oil mafia’s doings in Uttar Pradesh. Since 2003, when Satyendra Dubey was murdered in Bihar for exposing corruption in the Golden Quadrilateral Highway building project, India has witnessed several cases of assault and murder of RTI activists and whistle-blowers.

There have been a large number of cases of harassment, physical intimidation and victimisation of those who have stood up to corruption. In a different set of cases, court witnesses are threatened and even murdered to prevent them from testifying against the accused, two witnesses in the rape case against so-called god-man Asaram Bapu were killed within six months of each other. A judge and police inspector have also reportedly received threats since the case began in mid-2014. Against this scenario stands the unenforced Whistle Blowers Protection Act, 2011 while the courts continue to exhort governments to draw up effective witness protection mechanisms.

The Whistle Blowers Protection Act, 2011 got presidential assent in May 2014. However, no rules have been formed under the act and more importantly the National Democratic Alliance government has declared that the 2011 act needs amendments on national security and sovereignty considerations, before it can be implemented. As it is, the shortcomings in the legislation which was approved by Parliament in February 2014 have been much debated and written about.

Prime among these shortcomings are the punishment of up to two years imprisonment and a fine of Rs 30,000 for “false and frivolous” complaints and no action on a disclosure if it does indicate the identity of the complainant or public servant, or if the identity is found to be “incorrect.” Further, if the complainant is found to have been involved in the irregularity or illegality, he or she will not have immunity or leniency.

The 2011 act also does not apply to the private sector. Given that there is a nexus between government employees and those from the private sector in almost all major corruption cases, the non-applicability of the law to the private sector is a major lacuna. Many large Indian companies have, however, set up their own whistle-blower protection policies, ironically, fearing exposure through social media should they ignore initial complaints.

The Supreme Court as well as three reports of the Law Commission have all stressed the need for an effective witness protection mechanism in the country. On 10 March 2015, the Bombay High Court directed the Maharashtra government to finalise, within six months, a witness protection law that would bring whistle-blowers and activists under its jurisdiction.

The high court was hearing of a suo motu petition regarding the murder of RTI activist Satish Shetty in 2010. Again, media reports recently gave details of an affidavit filed by the Central Vigilance Commission in the Supreme Court showing that in the 3,634 complaints filed with it from 2007 to 2014, only 1,063 were forwarded for action. More tellingly, 244 complaints filed by whistle-blowers of victimisation and intimidation were ignored.

Quite apart from the foot-dragging over enforcing the whistle-blowers protection law, the Indian situation adds complexity to an issue that is a difficult one in any country. No sooner does a whistle-blower expose a major scam involving the powerful, he or she is accused of being a “political tool.”

Then there are the ingrained structural weaknesses in the law enforcement machinery, the regulatory mechanism and the delays in the judicial process. When these major systems which are supposed to deal with crimes and corruption are riddled with major drawbacks, it is but natural to be skeptical that any whistle-blowers protection law can be effectively implemented and witnesses protected from retribution.

The raging controversy over the banning of the documentary film India’s Daughter by British documentary film-maker Leslee Udwin, which focused on the 16 December 2012 gang rape in Delhi, has revived the discussion around rape in India. Yet the discussion around the government’s decision to ban the film in India, and around the world (a preposterous demand), overlooked the central issue that still waits to be addressed.

Instead of arguing about the merits of this one film, we should have been discussing why, despite changes in the law, the incidence of rape continues to grow and the conviction rate remains abysmally low — a mere 27% in 2013. Instead of being surprised and repelled by the despicable attitudes of the defence lawyers interviewed in the film, we should have asked, what is being done to change male attitudes? And we should have questioned why at every stage when sexually assaulted women turn to the criminal justice system, it continues to fall so short, from the response of the police to the way rape cases are conducted in the court.

Not only were these questions not asked but unfortunately, the unrepentant and misogynist statements of the convicted rapist Mukesh Singh in the film fuelled renewed demands for death penalty for rapists. These coincided with the 5 March 2015 tragic public lynching and death of an Assamese Muslim man accused of raping a Naga woman in Dimapur, Nagaland. Within hours of this there were calls for summary justice for rapists by some members of the ruling party and others. Once again, instead of addressing the complexities of dealing with violence against women, we reinforced the popular belief that the delivery of death (even better if public) is the best preventive medicine.

Obscured by all this noise is the ugly reality of how little is being done to set in place the infrastructure that could make a real difference to women victims of violence. So while Finance Minister Arun Jaitley grandly announced in Parliament on 28 February that an additional Rs 1,000 crore would be allocated to the Nirbhaya Fund, set up after the 16 December gang rape, he did not admit that previous allocations lie unused. In 2014, the Ministry of Women and Child Development headed by Maneka Gandhi announced that a one-stop rape crisis centre or Nirbhaya Centre would be set up in every district in India and in six metropolitan cities, a total of 660. These centres would be equipped with all the facilities that women seeking help after sexual assault need, such as a doctor, a trained nurse, a counsellor, a police official to take down the statement, a visiting lawyer and forensic support. In less than a year, that grand plan lies in shambles. Away from the gaze of the never-vigilant media, and without any reasonable explanation, the number of crisis centres has been scaled down to just 36. An allocation of Rs 244.48 crore has been cut down to Rs 18 crore.

While one can argue that merely setting up such rape centres will not alter the depressing statistics on rape in this country, there is no question that such facilities are desperately needed. They encourage women to report rape, they ensure that vital evidence is collected under medical supervision, they provide the woman with the medical aid and counselling she seeks — both legal and psychological — and they help prepare her to pursue the case. In many countries, such facilities are part of public hospitals, and even some private ones.

It should also be obvious that these centres need to be accessible. There is no point in providing facilities that are so far apart that women cannot reach them. Just one rape crisis centre, somewhere in a state, is like scattering eye drops from a mountain top in the hope that they will reach an infected eye somewhere along the way. Also, whether the centres are in separate buildings or within existing hospitals is less important than that they are needed. The argument against separate buildings, as proposed earlier by the ministry, is that they cost more and also expose the women seeking help to the public gaze. Some advocates for women’s rights have suggested that creating rape crisis centres within existing medical facilities is not just cheaper but more practical and would facilitate a greater level of anonymity.

While the details about the shape and size of rape crisis centres and their location can be debated, how can the decision to scale them down so drastically be explained? Instead of getting agitated about the image of India through films like India’s Daughter, the government needs to address the very concrete problems that sexually assaulted women face in seeking justice. The law has been strengthened, there is greater awareness, but there are gaping holes in implementation and in support structures for assaulted women. If this government is really concerned about India’s image, let it speak through actions, not through empty promises or pointless outrage about how others view India’s grim reality. A rotten reality cannot be tarnished further.

Article is editorial of Economic and Political weekly

The Hindu lead is on AFSPA and IE today contains farewell piece of National Interest by Shekhar Gupta ,an article by Raja Mohan on Maritime security is a must read.

The commissioning of the INS Vikramaditya late last year has made India the only Asian nation other than pre-war Japan to operate more than one aircraft carrier at a time.

Bars on freedom  Maharashtra government spares no effort to close down dance bars, in its misguided war on vice.

Engaging opinion writing, therefore, tends to be more about disagreement and argument than about affirmation and endorsement.

Counter to the spirit of counter-insurgency

It is time India considers a repeal of AFSPA not merely out of a concern for human rights but also out of a desire to refocus its internal security regime.

The launch of the metro railway service in Mumbai, which has enhanced public transport.

No Freedom to Despise

What Future for the Media in India?

Among the tasks that fill most Indians with dread is the act of procuring the all-important identity and eligibility documents so dear to the Indian bureaucracy.