Hello friends, this is Newspaper notes for UPSC of 12-06-18, Please do leave your valuable comments , feedback and suggestions, kalyan@iksa.in , telegram: @naylak . Do subscribe to our website and please share this post with your friends.

I just want to remind every one that , we post Suggested articles every day in the morning from The Hindu, Indian Express and Livemint. The following day we share the notes of the same. How ever we like to emphasize that this or any Youtube videos, or any other summary is never a real substitute for reading newspaper on your own.

We would like you to read and learn and make the most of the newspaper, all the best.

In Chennai, the hearts beat for foreigners.

Under divine care, turtles swim on in temple tanks

How long does environmental DNA persists in the water?

is the world’s most comprehensive inventory of the global conservation status of plant and animal species. It uses a set of criteria to evaluate the extinction risk of thousands of species and subspecies. These criteria are relevant to all species and all regions of the world. With its strong scientific base, the IUCN Red List is recognized as the most authoritative guide to the status of biological diversity.

The IUCN system uses a set of five quantitative criteria to assess the extinction risk of a given species. In general, these criteria consider:

After a given species has been thoroughly evaluated, it is placed into one of several categories.In addition, three of the categories (CR, EN, and VU) are contained within the broader notion of “threatened.”

All else being equal, a species experiencing an 90 percent decline over 10 years (or three generations), for example, would be classified as critically endangered. Likewise, another species undergoing a 50 percent decline over the same period would be classified as endangered, and one experiencing a 30 percent reduction over the same time frame would be considered vulnerable. It is important to understand, however, that a species cannot be classified by using one criterion alone; it is essential for the scientist doing the assessment to consider all five criteria when determining the status of the species.

The story of two ceasefires

This article is a bit political analysis , but have some important analysis in relation to internal security and Pak .

Can India make it happen? In answer, the NITI Aayog offers a note of caution.

Good and bad of AI

Prime Minister’s speech at the Shangri-La Dialogue in Singapore  laid out a framework that might outlast the present government. The speech was dominated by four themes that collectively tell us about the evolving foreign policy.

To the brink and back

Less than a year ago, North Korea scored a ‘nuclear double’. In July 2017, it launched two intercontinental ballistic missiles, the first capable of reaching Alaska, and the second, the Hwasong-14, capable of reaching California. In November, it detonated its most powerful nuclear weapon — a 120 kiloton-boosted fission device.For long, North Korea had been seen as an impoverished state, run by a megalomaniac dictator, trying to punch way above its weight by defying the United Nations and the U.S. Yet, last year, it was very close to establishing a viable nuclear deterrent against the world’s biggest superpower.

By late 2017, these developments had brought the world closer to a potential nuclear exchange than perhaps at any time since the Cuban Missile Crisis of 1962. both North Korean leader Kim Jong-un and U.S. President Donald Trump kept exchanging threats and barbs.Fortunately, matters have greatly improved since, aided by some statesman-like initiatives by South Korean President Moon Jae-in. Today, Mr. Kim and Mr. Trump will sit across the table and start negotiations.

The impact of sanctions

But the resulting hardship has not caused any internal protests or revolt in North Korea, threatening Mr. Kim’s rule.The regime survived those years through a combination of a brutal internal security apparatus, political indoctrination, and tight media control.But although North Korea has found the sanctions manageable and continued with its nuclear programme, it would certainly like to have the sanctions eased.

There has been a deep-rooted conviction in the successive Kim regimes that only a nuclear deterrent can keep the U.S. at bay — a view that has only been reinforced by the downfall and eventual assassination of Libya’s Muammar Qaddafi after he gave up his nuclear programme.

Fortunately, 2018 saw some ‘Olympics diplomacy’ coming to the rescue.This provided the diplomatic opportunity for the two Koreas to address more serious bilateral issues as well as the stand-off with the U.S. A North-South summit was scheduled for April and, more importantly, a message was conveyed to the U.S.

To Mr. Trump’s credit, he has further softened his earlier demand for “the complete, verifiable, and irreversible denuclearisation of the Korean Peninsula” before any lifting of sanctions and has instead settled for “credible steps” by North Korea towards that goal. The North is extremely unlikely to give up its entire nuclear deterrent, no matter what the inducement. Instead, it might, in stages, offer to suspend further weapon and missile tests, desist from producing more fissile materials and from non-deployment of shorter range missiles that could threaten Japan or South Korea, and perhaps work towards partial disarmament.

Prelims: An Atoll sometimes called a coral atoll, is a ring-shaped coral reef including a coral rim that encircles a lagoon partially or completely.

The maternity benefits under Pradhan Mantri Matru Vandana Yojana (PMMVY) are available to all Pregnant Women & Lactating Mothers (PW&LM) except those in regular employment with the Central Government or State Government or Public Sector Undertaking or those who are in receipt of similar benefits under any law for the time being in force, for first living child of the family as normally, the first pregnancy of a woman exposes her to new kind of challenges and stress factors.

The eligible beneficiaries gets Rs. 5,000/- under PMMVY and the remaining cash incentive as per approved norms towards Maternity Benefit under Janani Suraksha Yojana (JSY) after institutional delivery so that on an average, a woman gets Rs. 6000/-.

The objectives of the scheme are:

(i) providing partial compensation for the wage loss in terms of cash incentives so that the woman can take adequate rest before and after delivery of the first living child; and

(ii) the cash incentives provided would lead to improved health seeking behaviour amongst the Pregnant Women and Lactating Mothers (PW&LM).

The Age of Surplus

The ECA was enacted way back in 1955. It has since been used by the Government to regulate the production, supply and distribution of a whole host of commodities it declares ‘essential’in order to make them available to consumers at fair prices. 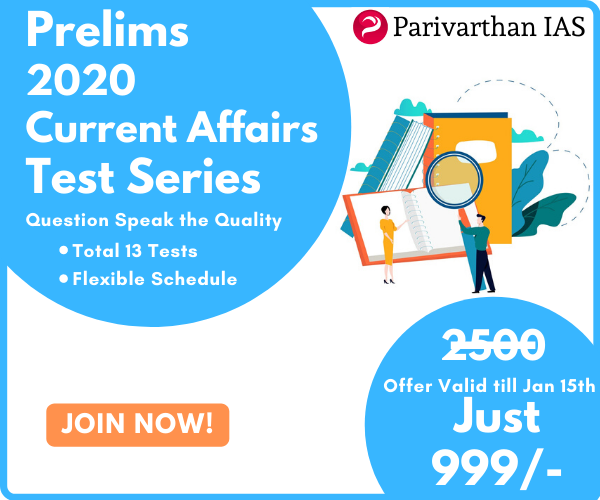 We pour tremendous time, thought, resources, to bring you Parivarthan. If you find it useful, please Follow us.

Disclaimer: We do not share nor encourage sharing of Copyrighted materials,E-papers,books,etc.

Support our website by shopping from Amazon or Flipkart