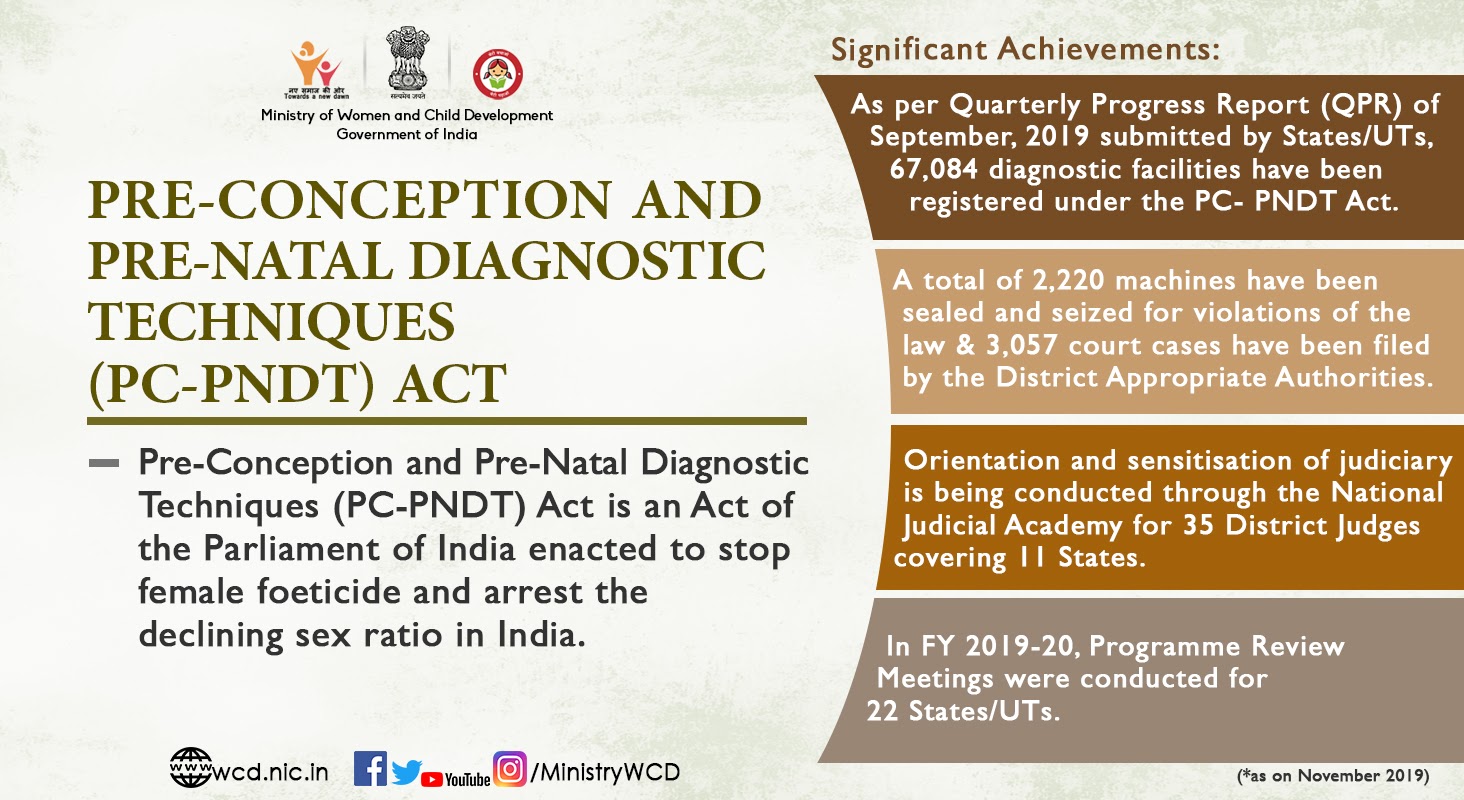 Recently concern have been raised over the suspension of certain provisions under the Pre-conception & Pre-natal Diagnostics Techniques (PCPNDT Act) by the Union Health Ministry citing the COVID-19 pandemic. These 3 rules have been suspended till 30.06.2020 PCPNDT Act Rule 8: Renewal of Registration,Rule 9(8): Report to be sent by each centre by 5th of every month,Rule 18(A)6: regarding quarterly progress reports by Appropriate Authorities to GOI through the State Government .

Basic requirements under the Act:

Offences under this Act: