Hello friends this is a collection of  UPSC Civil Services (Preliminary) Examination, 2018 paper  with answers and explanations.

The Food Safety and Standards Authority of India (FSSAI)

Highlights of the Food Safety and Standard Act, 2006

Legal tender is any official medium of payment recognized by law that can be used to extinguish a public or private debt, or meet a financial obligation. The national currency is legal tender in practically every country. A creditor is obligated to accept legal tender toward repayment of a debt.

Future Buddha :  According to Buddhist tradition, Maitreya is a bodhisattva who will appear on Earth in the future.

Diamonds question : The French traveler Jean Baptiste Tavernier visited the Krishna River diggings in 1665, and estimated that about 60,000 people were mining diamonds.

GM mustard : Delhi university and ICAR ans must be 2 ?

Catalonia Spain , if you know this much B and D are eliminated ,

The Partnership for Action on Green Economy (PAGE) was launched in 2013 as a response to the call at Rio+20 to support those countries wishing to embark on greener and more inclusive growth trajectories.

Kodaikanal Lake, also known as Kodai Lake is a manmade lake located in the Kodaikanal city in Dindigul district in Tamil Nadu, India. Sir Vere Henry Levinge, the then Collector of Madurai, was instrumental in creating the lake in 1863.

Tyagaraja composed thousands of devotional compositions, most in Telugu and in praise of Lord Rama so we can eliminate option 1, they are not contemporaries , so it leaves B 2 and 4 only.

Bani Thani is an Indian miniature painting painted by Nihâl Chand from the Marwar school of Kishangarh.

Mazar-i-Sharif often called just Mazar, is the fourth-largest city of Afghanistan , Aleppo is a city in Syria . Kirkuk is a city in Iraq. Mosul is a major city in northern Iraq.

An Additional Protocol (AP) to the Safeguards Agreement between the Government of India and the IAEA for the Application of Safeguards to Civilian Nuclear Facilities entered into force on 25 July 2014.

The right to privacy is protected as an intrinsic part of the right to life and personal liberty under Article 21.

In 2017 there was a prelims question : At one of the places in India, if you stand on the seashore and watch the sea, you will find that the sea water recedes from the shore line a few kilometres and comes back to the shore, twice a day, and you can actually walk on the sea floor when the water recedes. This unique phenomenon is seen at

One can find Chandipur’s mention in previous UPSC papers, but most recent priming is found on cover of Kit kat bar , not suggesting that question came from there but high probability ! The company is running a campaign called #MyTravelBreak pack, contains some interesting information on various places in India. 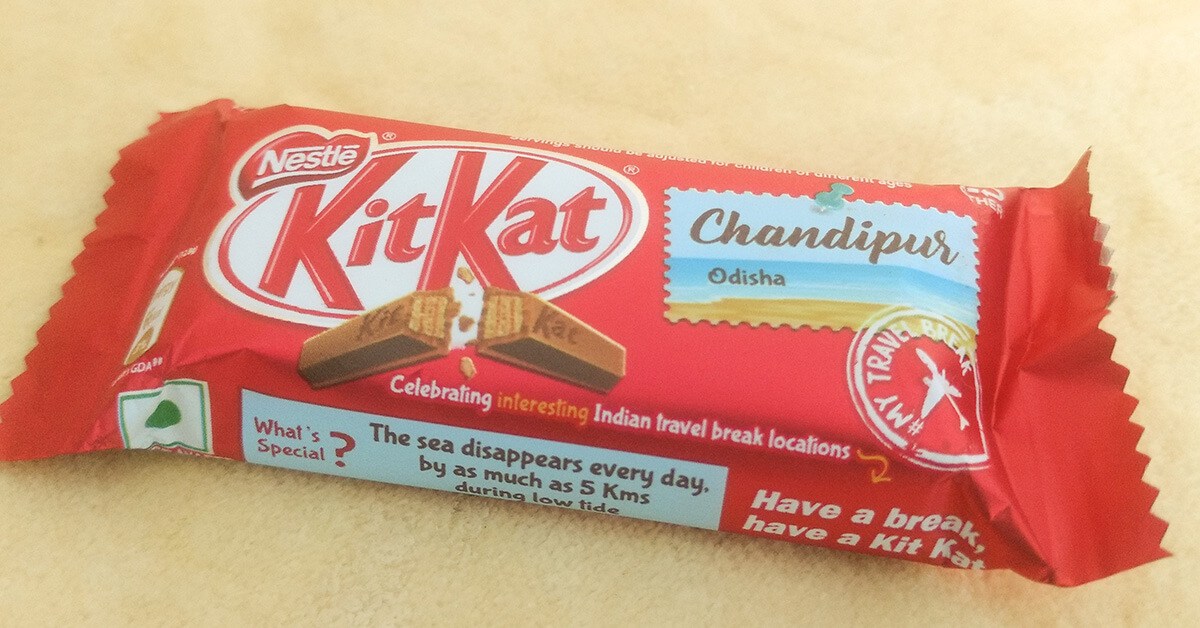 So we are adding Images of places with some thing “unique”, who knows a prelims question can come from these ! If you have any list or photos of any places of interest , please do let us know Mail : [email protected] Telegram : @naylak or comments section.

UMNGOT RIVER in some parts is as transparent as crystal and you can actually see the river bed!

ATHIRAPALLY FALLS Kerala  are fondly known as the Niagara Falls of India! It is on the Chalakudy River, which originates from the upper reaches of the Western Ghats 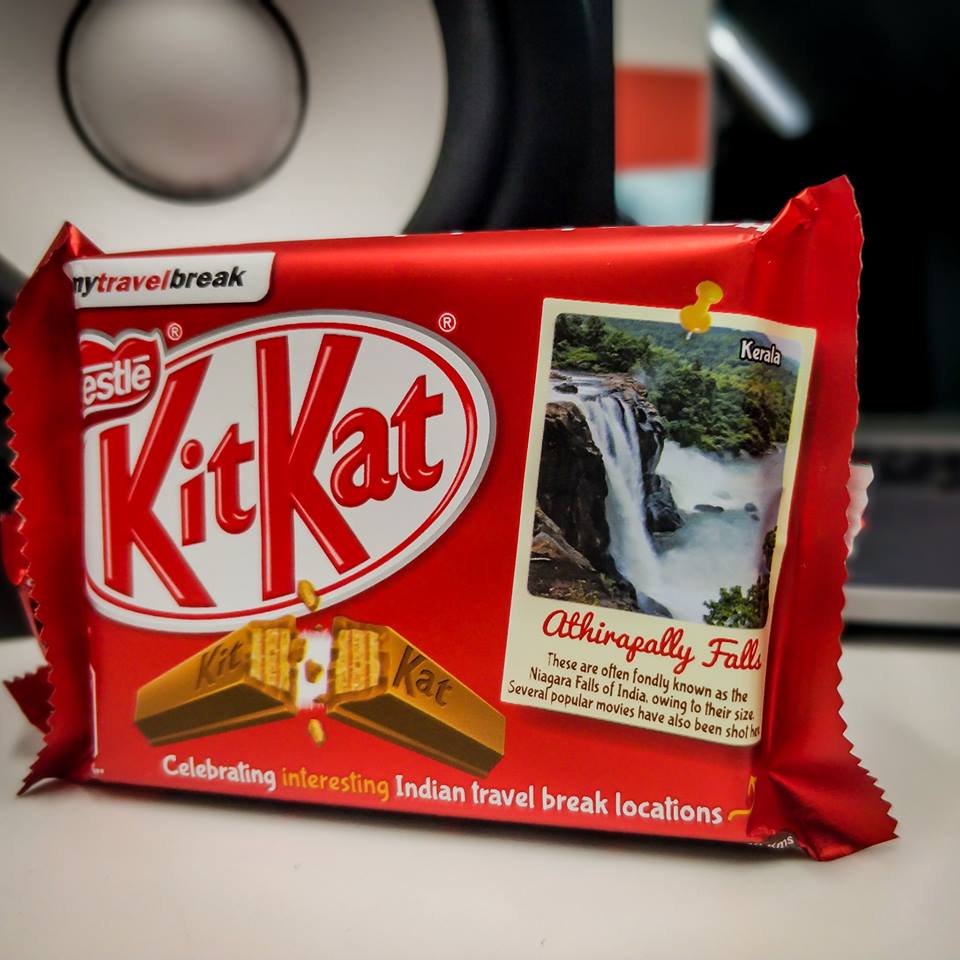 The ZANSKAR RIVER in Ladakh J&K offers a unique opportunity to trek on a frozen river.The Zanskar River is a north-flowing tributary of the Indus. In winter when the road to Zanskar is closed by snow on the high passes, the only overland route to Padum is by walking along the frozen river, a multi-day hike that is now sold as an adventure activity called the Chadar ‘ice sheet’ Trek 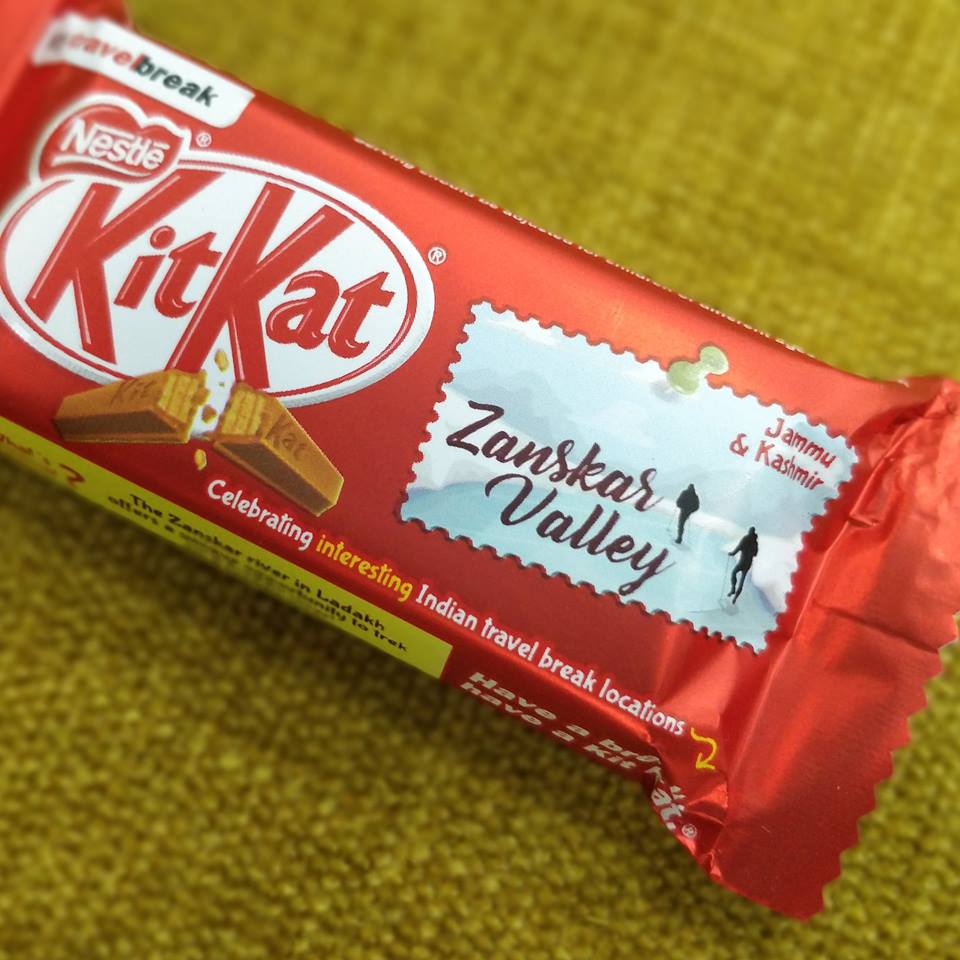 MAJULI, a complete town situated on the world’s largest river island within the mighty Brahmaputra.  Assam ,Probably the most know and most famous topic here. 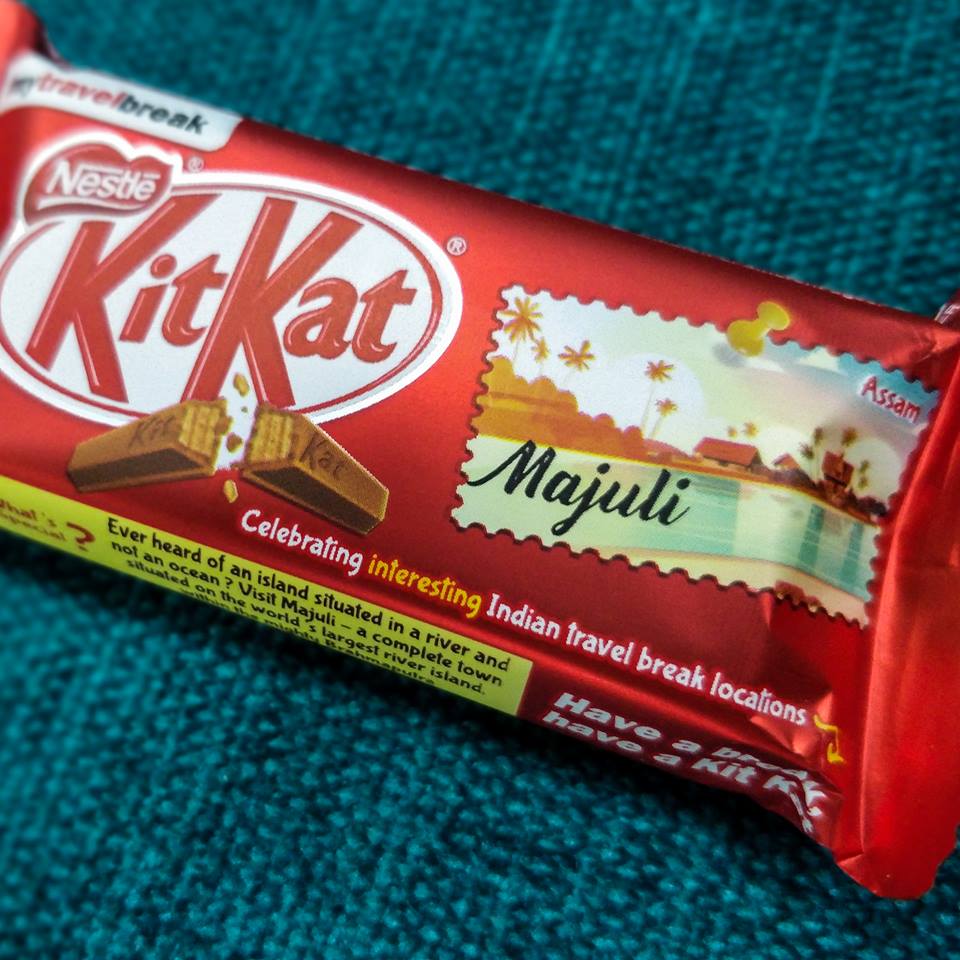 BELUM CAVES, Andhra Pradesh with almost 3.2 kms of underground tunnels, are amongst the longest caves open for public access in India. The Belum Caves is the largest and longest cave system open to the public on the Indian subcontinent, known for its speleothems, such as stalactite and stalagmite formations. The Belum Caves have long passages, galleries, spacious caverns with fresh water and siphons. 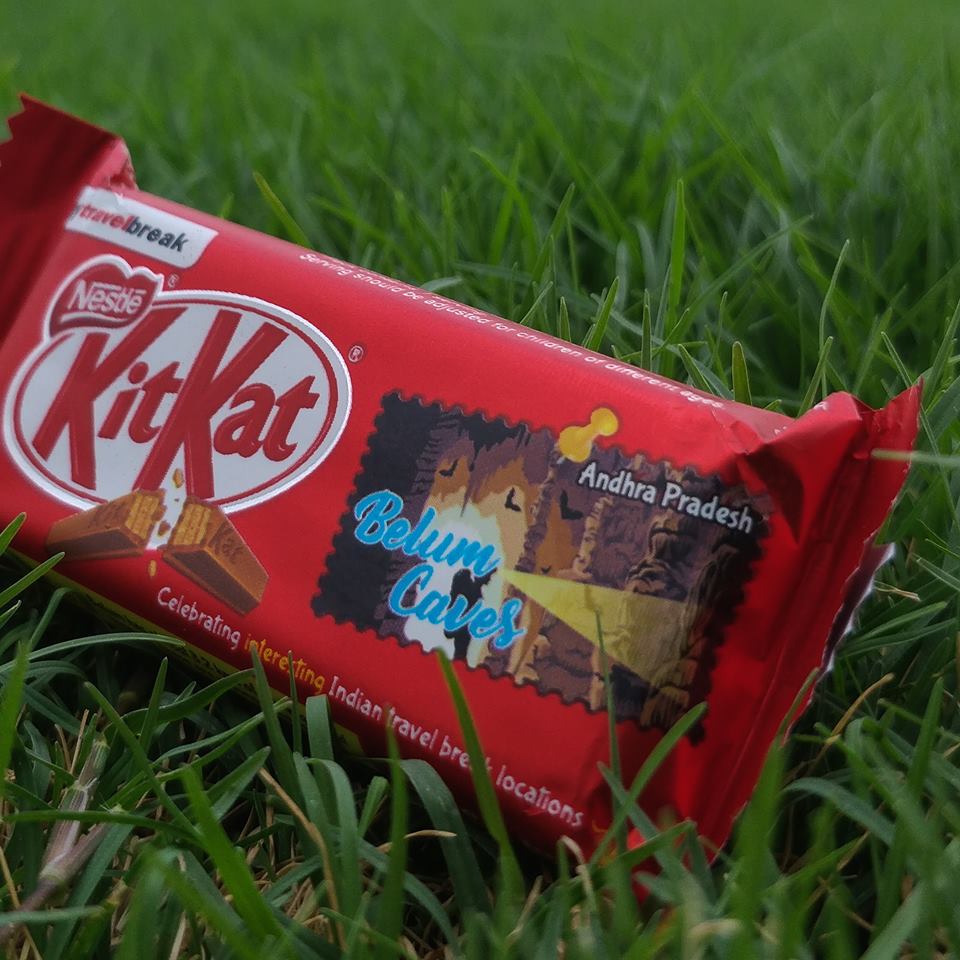 CHIKMAGALUR is often known as the birth place of coffee in India. 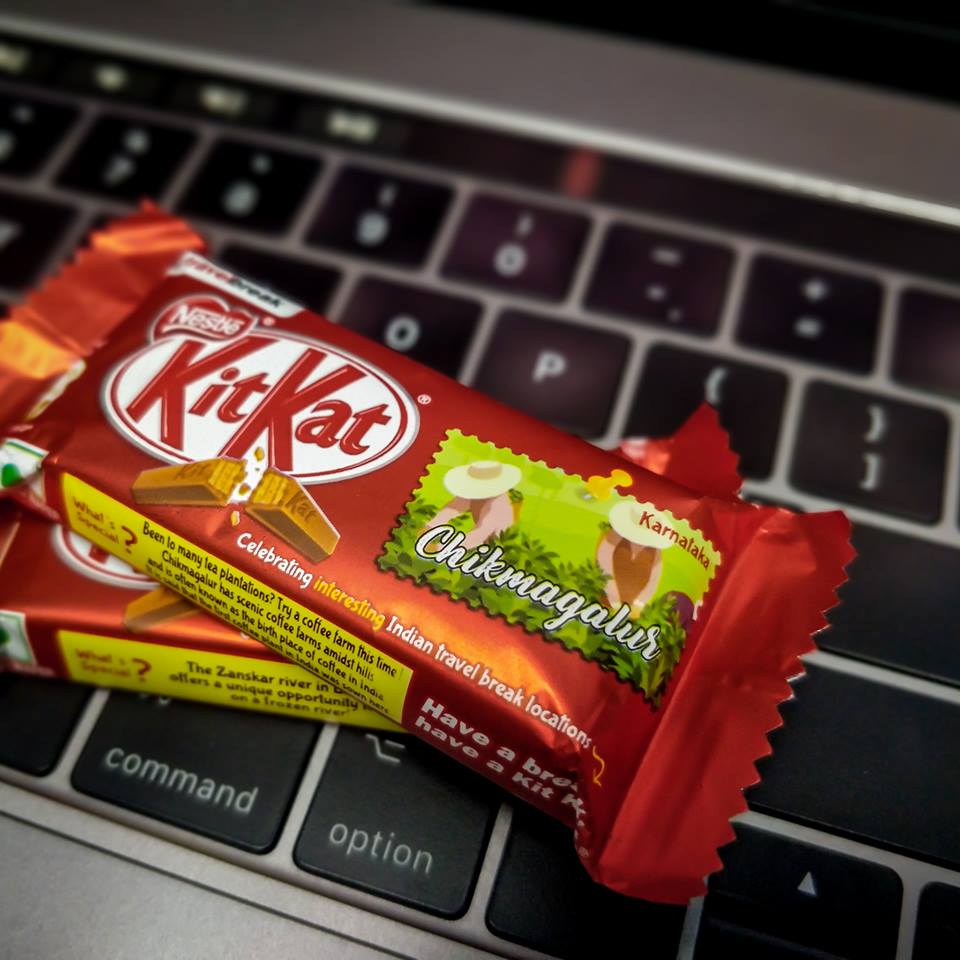 Bactrian camels of Nubra Valley are large even-toed ungulates native to Central Asian steppes. They are a critically endangered sub species with very few of them left in the wild. he Bactrian camel has two humps on its back 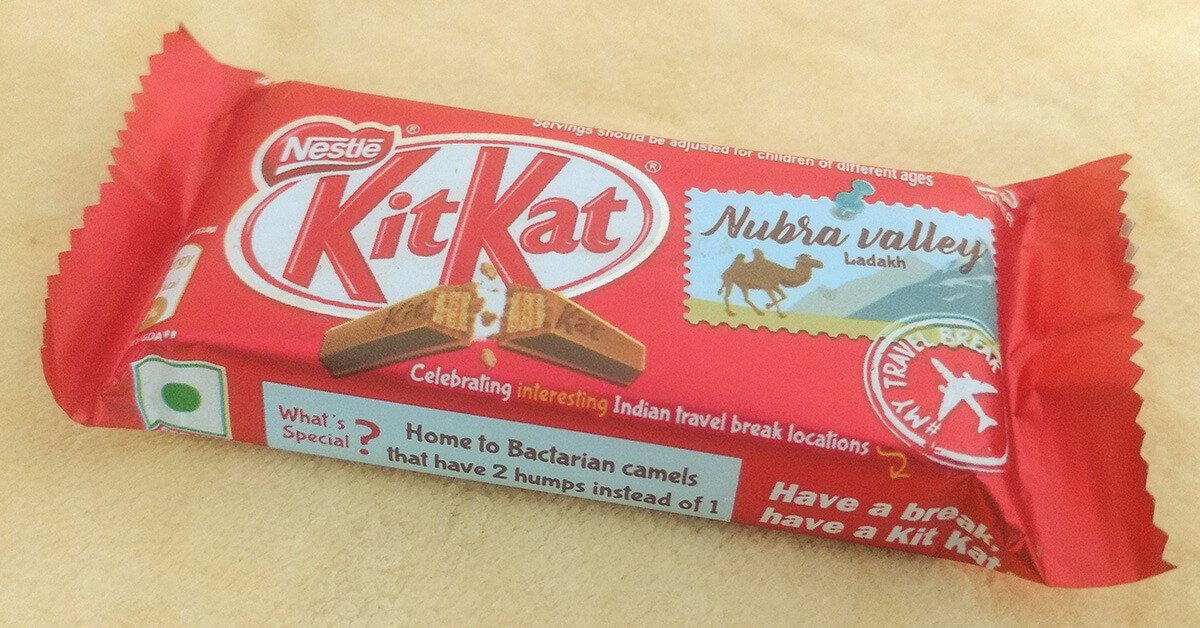 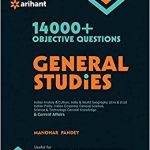 Prelims Test series are one more source all links are amazon affiliates.

Do let us know if you are looking for any thing specific other than copyrighted material , Thank you.

Google all you want about UPSC Prelims 2018 Books List , listen to as many topper talks as you want and talk to as many seniors as you can , you will end up some what with the following books any how, because we have arrived here after doing the same , so have some faith as we are not only giving you books list but will also explain why you need to read them .

Don’t take my word for it , Mrunal Bhai has written an in depth article analyzing the UPSC Prelim GS-2017 paper.

Static Part have been divided in to few major subjects. History , Polity , Economy , Geography, Science , Environment and Bio diversity . And then Current affairs contrary to popular belief not any thing and every thing under the son (at least not most of the times) .

I wont repeat my self, if you are a serious aspirant and know the importance of revision and highlighting your books go for paperbacks and dont chase after summary or PDF’s , if you are not understanding what I am saying today and excusing yourself with I am poor etc… looking for Laxmikanth summary and wasting time online, I have news for you friend , on 03.06.2018 you are going to regret it because you did not revise properly.  Ask those who failed prelims but worked very hard, they will totally agree with what I am saying, Revision will separate as what they say men from boys, and women from girls.  Your call, that is the last time I am ever going to emphasize on having the same book every time you read.

Hindu Newspaper Science and Tech Weekly Column (Sunday) also you can read this section from Vision or Vajiram monthly current affairs section . Do not Ignore this section, you will never know what UPSC might throw at you , one question is enough to destroy your dream . So at-least read most obvious topics and revise previous questions.

You need to have static knowledge , rote learning (Tiger reserves etc ) mixed with geographical knowledge, to solve some questions, rest all are based on current affairs. Please go through previous question papers.

I used to have mortal fear of maths,but slowly with practice you can over come this fear,I did not knew even the basics and it used to be a huge problem,but thanks to Narendra(my friend) and Mruanl Bhai’s posts on maths I started with NCERTS for basics then I moved on to other books.

Rajesh Verma book is perfect for those who are like me,who hate maths. Trust me he explains in very easy way,you can do most of the problems.

The standard in CSAT is not complicated or tough but time taking,so Practice is the only solution to manage time. If you are like me again who never did any reasoning or dont know how to solve basic problems, Arihanth CSAT guide is a good place to start.

Luckily for me I have the habit of reading books and blogs, this helped me immensely in this section,Reading is the only practice,read editorials of various news papers daily . Arihanth CSAT will help.

practice practice Practice … the only mantra for CSAT .

Finally will all these help you to clear prelims ?

Honestly we believe in this books list, we want you to succeed and write your mains, but reading with right orientation and knowing how much is more important than mere reading , so how will you know you are in the right path , only by writing test series.

Those who set question papers will do through analysis of past paper and present news, and set questions on the similar lines, for example do you know what are the 8 core sectors ? you must have read Hindu daily IIP, in business section , but have you taken time to find what they are ? what is their weight-age ?

Both these are UPSC prelims questions ! you can check any standard test series you will find questions on this topics because they set paper in such way, these kind of insights you can gain only by writing test, solving previous papers.

Practice, I have no idea who you are, if you are still here reading this , I sincerely believe you are dedicated aspirant , trying to learn some thing , learn from quality sources, the money you invest in test series is an investment in your future not a hole in your pocket. You are paying for the skill of analyzing and giving all that gyan and helping you . it is worth paying .

Write as many tests as you can , learn from your mistakes, work hard, UPSC is no joke, take this exam very seriously, you might be talented and smart, still you cannot master every thing in less time, the right time is now , start today ! believe in that and start, as Sun Tzu says Victorious warriors win first and then go to war.

Hope this post helps you to consolidate the books list, and start your preparation . Your comments are most welcome, all text books links are amazon affiliate and rest are google drive links.